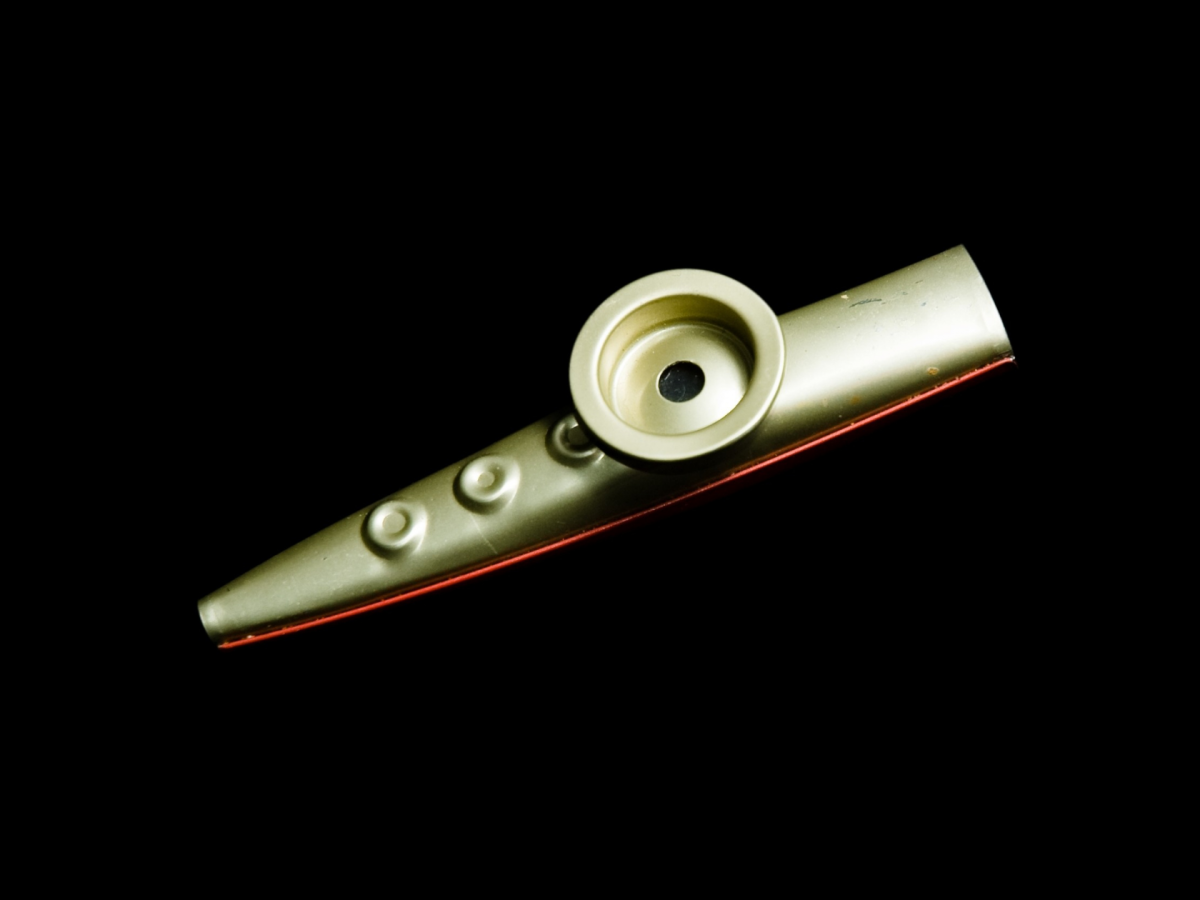 Let me start by saying that I don’t think any child comes out of the womb with the dream of being a kazoo player. I don’t think parents race to sign their kids up for kazoo lessons the same way they do the piano. And somehow, I doubt that there are trophies or ribbons handed out seasonally for Best Kazoo-ist or that anyone ever won The Voice by wowing the judges with their talents on the ol’ ‘zoo.

However, I, for one, have a passion for the kazoo. So much so, in fact, that I place one upon my Christmas Tree each and every year. Front and centre, pride of place, there sits my Aunt Beattie’s Kazoo, awaiting the time I shall pick it up and give it a wee toot.

Just thinking of Aunt Beattie brings forth a rush of memories – sounds, feelings, sensations, smells. She and Aunt Orla lived in a wee house together in Courtland, Ontario, and even though neither of them was related to me by blood, my Aunts they most certainly were.

Always bejewelled, always with hair done and makeup just so, my Aunt Beattie was both the shortest and the biggest woman I ever knew. Short in stature, large in personality, generosity, and spirit. She laughed with her head thrown back and her mouth open wide. Her eyes twinkled as much as the rings on her fingers. And to be hugged by Aunt Beattie was to be enveloped by something akin to magic, especially for a child who was, at that time, tinier than she!

And when she hustled me aside one Christmas and tucked this kazoo in my hand, somehow it felt like she had passed a piece of her magic on to me.

The magic that is a home filled with the tinkling sounds of glasses and laughter, a home that is colour-filled and sparkling, a home that, despite its small size, had a heart and an energy that welcomed all and sundry.

Not unlike Aunt Beattie herself, now I think on it.

So, when I play that kazoo, as I do each Christmas while my children groan and roll their eyes, I imagine I am inviting her magic into my own home. And that magic may well be the true magic of Christmas right there.

From my hearth to yours, I wish you a magic-filled holiday season.